Know how people have achieved their proficiency of English with Fluent Life! 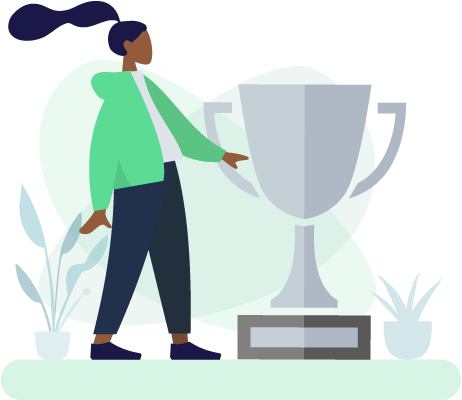 Mohammad is a third year B tech student who needed a lot of effort in his English Speaking skill. He was enrolled with us for Speaking course. His trainer Ms. Indira told us how he had problems initially and could not cope up. But later, his efforts helped him achieve his proficiency over the language.

My name is Jigna Vyass. I stay in Gujarat at bhavnagar which is a small place near the capital city of Gujarat. I have done 7 to 8 classes of spoken English in my city since last few years but none of them helped. So, I joined UFABER before one month. I found this website on my own. I decided to do this as it was 1 month course for 30 minutes and I found it very interesting because it takes only 30 minute a day .

Soni was a wonderful student to teach,full of enthusiasm and zeal to learn and experiment.It was a great experience for me to to teach and guide her.She made an effort to read English books and ask me the meaning of new words and phrases that she would come across and then use them while speaking

So when we interacted with Lalita, she told us how it used to become difficult for her to express and communicate with her peers. She was strongly looking out for something which helps her up in her Speaking abilities. But, now she’s able to reciprocate back to the conversations without any hesitation.

I am grateful to her and feel happy with her effective teaching method which is remarkable and has helped me to be successful in improving my spoken English.

Yograj is a govt employee living in Maharashtra. He was poor in communication skills.He had difficulty writing official emails. Also, He is a very hardworking student, eager to learn. He is able to express better than before but still needs to work on his grammar.

The fun and exuberant Syama joined Fluent Life to stay in touch with her English. An HR person turned homemaker, she felt English was not a part of her life as it used to be and somewhere in all the newfound responsibilities she felt she was losing her edge.

Nitesh, a student who also is a working professional felt the need to improve her English. This was when she found out about Fluent Life and decided to join it. From her warm smiles to her friendly nature everything attributes to the fact that she is very happy with how things are going with Fluent Life.

Fluent Life has been helping individuals achieve their dreams of speaking fluent English. Taskeen, an MBA student is no different. She joined Fluent Life and just after about 4 classes, she feels lot more confident to speak in English.

Suprita, a working woman finds her time to take Fluent Life classes in order to take her English to the next level. She is smart, confident and finds Fluent Life to be the perfect choice.

At Fluent Life, we come across many candidates who along with their full-time jobs find time to take classes with us. Nitin is one such candidate who, despite his greatly time-consuming job in an MNC, is doing the online English course with Fluent Life.

When was the last time you met someone who took an apparent negative comment as a challenge and started working on it for self- improvement? Meet Kalpana, an IELTS trainer by profession who started Fluent Life English course, because one of her students was unable to understand her instructions.

Meet Tanishi. A first-year college student brimming with enthusiasm, who thinks Fluent Life will help her to speak better English. After covering only 12 hours of classes, Tanishi feels she is able to speak much better.

The Fluent Life English course is as versatile as it can get. Be it students, professionals or homemakers, anyone can benefit from taking this course. Aditi, a homemaker who utilises her free time in learning English, is very satisfied with the content of the course and her mentor.

Different people come to learn English for different reasons. Some want to take their speaking to the next level, whereas others want to develop their English skills for work; some also learn just for the fun of it. Then there are people like Nikesh, who dreams of going abroad and thus works hard to perfect their English.

One of the great things about Fluent Life is it’s ability to reach out to different people from different rungs of the society. Not just professionals but also homemakers with little children can now brush their English skills with Fluent Life.

As someone whose job involves lots of traveling, Raju is very determined to continue learning English with Fluent Life. Despite his erratic schedule, he finds time to attend classes online and is extremely hopeful that his English will definitely get better.

Rohit a professional, working with CAS 24 and has covered 71% of the classes. When we started talking he sounded confident and there was almost no mistake in his communication. Later when he mentioned “earlier I could not speak English”, it struck as a wonder because he clearly didn’t sound like someone who started speaking fluent English recently.

Junaid, a young businessman now not only speaks fluent English owing to the unique way of teaching, he even finds time on weekends to play cricket.

It is believed that, what you teach often doesn’t stay with the students; but what stays with them forever is how you teach them. Dr. Manisha Garg started FluentLife course with the hope to make her English better and along with a life-changing course, she got a mentor who she would remember forever.

When you meet a person, you don’t really know how well he writes or how well-read he is, but the first thing you notice is how he speaks: A person’s skill in a language is first reflected in how he speaks.

Lalita is one of our student who was enrolled with us for English communication course. Lalita is based in Varanasi and is a teacher for secondary level. She has been a part a part of TheFluentlife from two and a half months.

Get a Free Trial